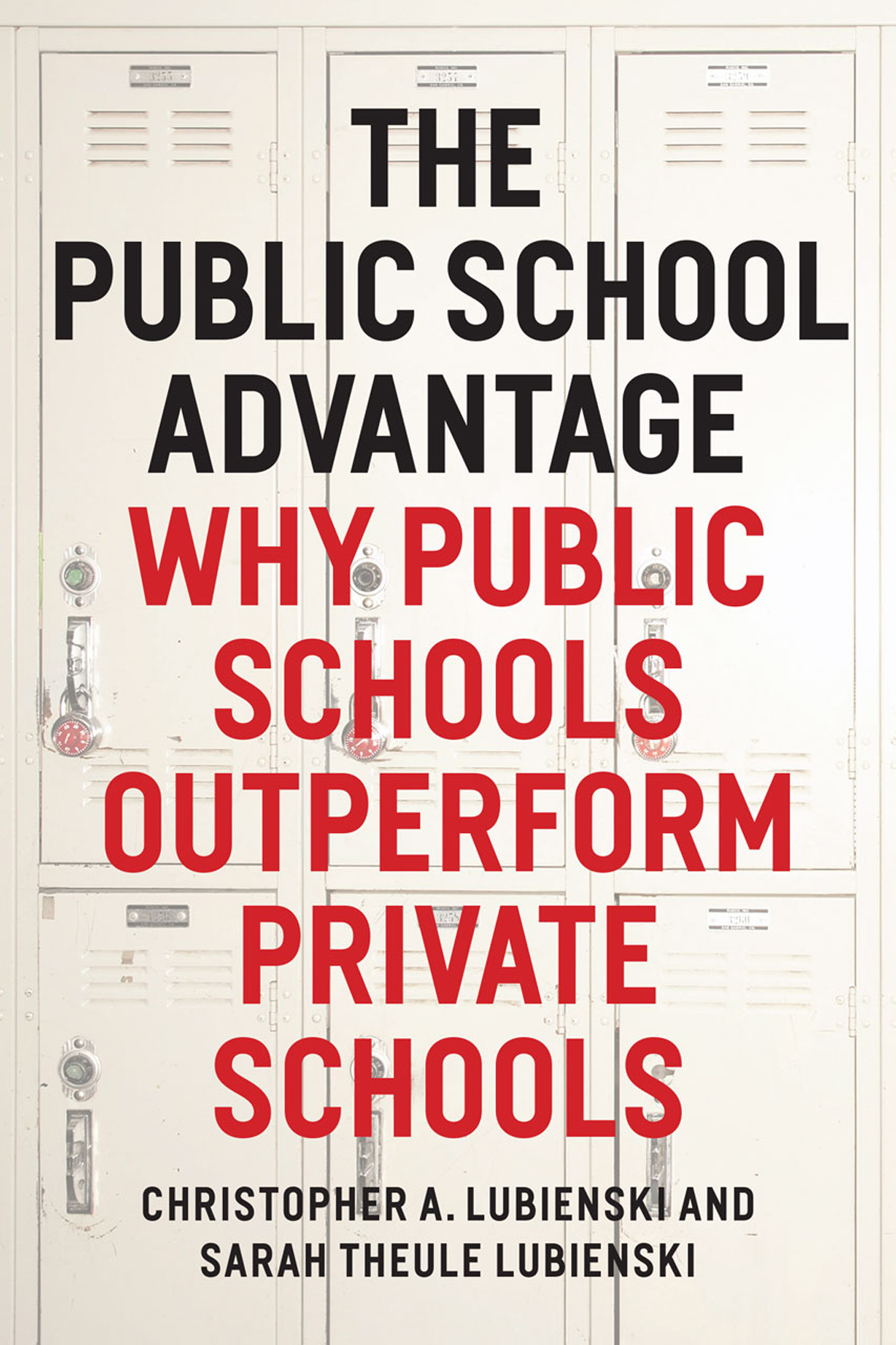 As schools have closed and teachers have gone on strike,  the Chicago Public Schools seems to trend ever faster toward privatization. In December, after closing fifty “underutilized” public schools, CPS announced a proposal to open twenty-one new charter schools—publically funded but privately run—over the next few years.

Christopher and Sarah Lubienski, authors of “The Public School Advantage,” argue that public schools provide a better education than private and charter schools, an assertion that is certainly significant to the parents and teachers of Chicago’s students, who are still grappling with the recent round of mass closures of public schools. And the Lubienskis, both professors at the University of Illinois at Urbana-Champaign, say they have the numbers to back their claims up.

The only reason that private school students outscore their public peers in gross test scores, the Lubienskis argue, is the difference in students’ backgrounds. Coming from a more affluent, educated background helps a whole lot—probably more than we thought we knew. But the flipside is that the public schooling system is doing a phenomenal job of helping underprivileged kids make up for those differences, a success that the Lubienskis seek to explain in their book.

Public schools actually benefit from governmental ties, they claim. Their teachers must be licensed and must go through more professional development than their private school counterparts. The Lubienskis point out that such professional training has prompted public school teachers to adopt more global teaching perspectives. Private school teachers, on the other hand, have not been required to update their teaching styles or make their classroom approach more effective. And the teachers hired by new charter and private schools, like those opening in Chicago, are often much younger and even less trained.

Beyond that, because public schools serve the government, they have little need to cater to anyone but their students. They are not as beholden to parents or alumni, or to the pressures of the market; and they don’t have to spend large amounts of money on their image. “It appears that more autonomous schools—the private and charter schools so often credited with innovation—are doing a poor job of choosing effective educational strategies, of working on behalf of students, rather than parents,” the Lubienskis write. Being independent of the market helps make public schools as effective as they are.

“The Public School Advantage” is a slim but dense book, one that systematically breaks down prevailing misconceptions about the educational system. Knowing why people think what they think about schools, and how those opinions influence their choices, makes the Lubienskis’ conclusion sounder and more sensible.

But while the concepts of the book are clear and the evidence is almost indisputable, the rhetoric is a bit overwhelming. I often found myself getting lost in the middle of the page, bogged down by overly pedantic vocabulary. While the Lubienskis are career academics, and are likely catering to an audience of peers, there’s still something to be said for clarity.

Yet the pitfalls of the book itself are overshadowed by the significance of its conclusion: education is a public service that should not be beholden to markets. And as the Board of Education continues to close large numbers of public schools in favor of constructing new, privately-run charter schools, outrage is a reasonable response. When students of equal socioeconomic backgrounds are performing better at public schools than charters and private schools, Chicagoans should be asking Mayor Emanuel why CPS is going in the opposite direction.