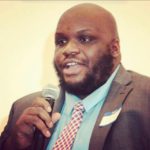 While watching the NCAA tournament this spring, you may have noticed that none of the teams in the tourney were from the state of Illinois.

But if you follow college basketball, or to an extent high school basketball, you probably already know that Chicago players still seem to end up playing deep into March. Some of those players end up on championship teams, like Anthony Davis (Kentucky), Jahlil Okafor (Duke), and Jalen Brunson (Villanova).

When an anomaly becomes a trend, the institutions most affected will need someone or something to point the finger at. So when Illinois teams can’t get the top players needed to make a deep run in the tourney, a lot of locals ask: who’s to blame? Decent coaches who are bad at recruiting, blue blood programs that simply have more to offer, or AAU basketball programs? These days, at least, AAU is the convenient villain.

The Amateur Athletic Union, commonly known as AAU, is a federation that oversees youth sports across the United States. During the off-season of high school basketball, kids can play for AAU “club teams” that travel to tournaments, often with hopes of attracting college coaches. AAU teams in Chicago include Mac Irvin Fire, Hoopville, and MeanStreets.

Ballyhooed prep stars hold in their hands the careers of the coaches recruiting them, and they bring in billions of dollars to colleges and universities. These kids know the impact they have. When journalists, bloggers, and fans scoff at this notion, they tend to forget that they are complicit in creating a system in which the kids have turned the tables on them.

To many basketball observers, though, AAU basketball has become one of the most polarizing aspects of high school basketball and college recruiting, since they think it ends up being the reason local kids would rather help out-of-state schools win NCAA titles. Especially because, the criticism goes, AAU has created a system that controls where a blue chip prospective player ends up attending college, often because coaches get too much of a say.

Some of those same folks also blame AAU for breeding entitled and privileged players. No less a superstar than Kobe Bryant told ESPN:

“Horrible, terrible AAU basketball. It’s stupid. It doesn’t teach our kids how to play the game at all, so you wind up having players that are big and they bring it up and they do all this fancy crap and they don’t know how to post. They don’t know the fundamentals of the game.”

But there are different perspectives, too.

Dwayne E. Walton coached AAU basketball in Chicago for nine years with Illinois Warriors. He says that AAU has its drawbacks as well as its strengths.

“Overall, I believe it helps,” says Walton. “I believe it can benefit kids by giving them exposure to others in their class, showing them where they are in comparison to others in their age group,” Walton said. “The biggest negatives are that it takes away from opportunities that high school teams used to have to develop team chemistry.”

Walton also cautions those parents who believe that AAU can get their kid an automatic scholarship. “The proliferation of so many programs has many kids and families believing that because a kid is on an AAU or traveling team, he is an elite player, whereas he just may be average,” he says. “That creates an unrealistic expectation on the kid, and causes problems with individual development and recruitment.”

Leroy Willis coaches AAU basketball in Chicago’s south suburbs. He takes a hard line on what AAU is, and what it should be.

“Kids and families choose AAU teams based on popularity. They think because a few talented players are affiliated with these big name programs, then they will get this fancy uniform and automatically become great,” Willis says. “Kids are attracted to winning versus learning the game. That’s when parents and adults should intervene and steer kids down the right path if they are truly passionate about the game.”

Meanwhile, DePaul basketball coach Dave Leitao believes that AAU’s alleged involvement in decisions about where prospects attend college isn’t as large as the program’s detractors would have you believe.

“I wouldn’t even say [it’s] AAU, it’s just people around the game and around players who may or may not have anything to do with recruiting,” Leitao said. “[What’s] challenging is that when you recruit a young person, there are a number of people around them you have to recruit just as hard.”

Leitao, who had several Illinois-born players on his roster this past season, says that dealing with AAU, or local community power brokers, is a part of the process.

A parent of an AAU player, who did not want to be named for fear of a damaged reputation, told me that exposure to major colleges and universities was one of the reasons she signed her son up. And even though she hasn’t been around AAU long, she sees why it has critics.

“I’m sure all of these boys, mine included, begged to be a part of this very expensive ‘opportunity’ with hopes of scouts being at the events,” the AAU parent said. “Well, we had our first weekend tournament and college coach seats were empty.”

The parent went on to say that she will stick with it to see how it plays out.

“This also, in my opinion, encourages the ‘I’ mentality in hopes of recognition, and the team aspect is lost with these young men chasing some sort of stardom,” the parent said. “We signed up for this, we’re going to stick it through, and I truly hope my opinion changes by the end of it. I want to see my son benefit from this whole experience in that he is a better player and has more insight on the true competitiveness involved in wanting to play college and professional sports.”

As the AAU season has kicked off in the past few months, Willis decided to not field a team because he wants his players to work on the fundamentals instead.

“I’ve recommended that all my boys spend this AAU season training, conditioning and improving on their individual skills to prepare for next year,” Willis said. “But I may enter them in a couple local tourneys just to keep them sharp.”

Observing a system or a culture that leaves certain colleges on the outside looking in while other programs thrive will inevitably lead people to ask: Why do schools like Duke and Kansas snag future NBA players, while U of I, DePaul, and other Illinois schools struggle to land recognizable players?

Premier programs like Duke and Kansas probably have their own thoughts about AAU, but college basketball is a highly competitive, results-driven industry, and it’s clear that for these schools, winning games is the bottom line. For programs that benefit from the AAU system, then, the end may justify the means.

Evan F. Moore is a reporter at DNAinfo Chicago. He grew up on Chicago’s South Side in the South Shore neighborhood. His work has been featured in The Tribune, The Reader, Redeye, and many other publications. Find him at evanfmoore.wordpress.com or @evanfmoore.