It’s been said that a classic is a book that never runs out of things to say. By that definition, Chicago’s skyline is a classic—you think you understand it front to back, think you know it like the alphabet, and then you see it from a new angle and you’re floored all over again by its beauty and its power. Everyone knows the true view of the skyline is the one you get from the south lakefront, ideally from the Museum Campus, but it pays every now and then to branch out. If you find yourself near UIC, ascend the four floors of the Harrison Street parking garage (it’s free to enter, but makes a subpar picnic spot) for a hard-to-match view of the Financial District and the South Loop. It’s not the most Instagrammable vantage, but from the northeast corner of the top floor you can see how high-rise development has snaked down State Street from Roosevelt, and how the core of early-1900s buildings around LaSalle has been ringed by newer and newer towers over the years. A glass condo has recently obscured the view of the West Loop, but for a whopping zero dollars, this cheapskate’s Skydeck still has a lot to offer. (Jake Bittle)

From almost anywhere in Little Italy you can see one of two prominent church domes, each with a very different history and built in a very different architectural style. The gray plated dome of St. Basil’s Orthodox church on Ashland tops a neoclassical building, first built in 1910 as a synagogue. After a series of fires, the most recent of which was in 2013, the original dome was almost completely destroyed, but the church’s very small parish community managed to raise the funds to rebuild it. From its position atop the aging church, the new bulb looks modern, almost alien. But its spotless panels testify to the resilience of one of Chicago’s last surviving Greek Orthodox communities.

Across the neighborhood, the original neo-Baroque dome of the Notre Dame Catholic church (yes, Chicago has one of those) has survived since 1887. In contrast to St. Basil’s, the Notre Dame dome looks much older than the church it tops: the church building has been renovated numerous times, but the dome has turned green with verdigris over the years. There’s glass between the ionic pilasters now, but the full height of the dome and the statue of Mary still do what few other buildings in Chicago do anymore—they call to mind another place and time, oceans and centuries away. (Jake Bittle)

As you wait for the bus in the screaming wind during Chicago’s impending winter, you may find yourself thinking of Hawaii—tropical, beautiful Hawaii, with its palm trees, its volcanoes, its tranquil waters. Not even the ace journalists of the Weekly know where there are outdoor palm trees in Chicago (for indoor palms, check the Garfield Conservatory), but we can give you the next best thing: a cheap, delicious, convincing Hawaiian restaurant. Seemingly stranded on an island of its own (get it?) at the corner of Roosevelt and Western, Aloha Wagon serves a suite of island favorites: pork tacos, burgers with huge chunks of pineapple, and coconut-pineapple “aloha bars.” The real standout, though, is the spam musubi, a classic Hawaiian snack made by wrapping the canned meat in rice and seaweed. First introduced to Hawaii by stationed soldiers who were fed the stuff during World War II, the mystery meat has since become a staple of its cuisine—close your eyes as you bite down, and you just might hear the whooshing of the waves. (Jake Bittle) 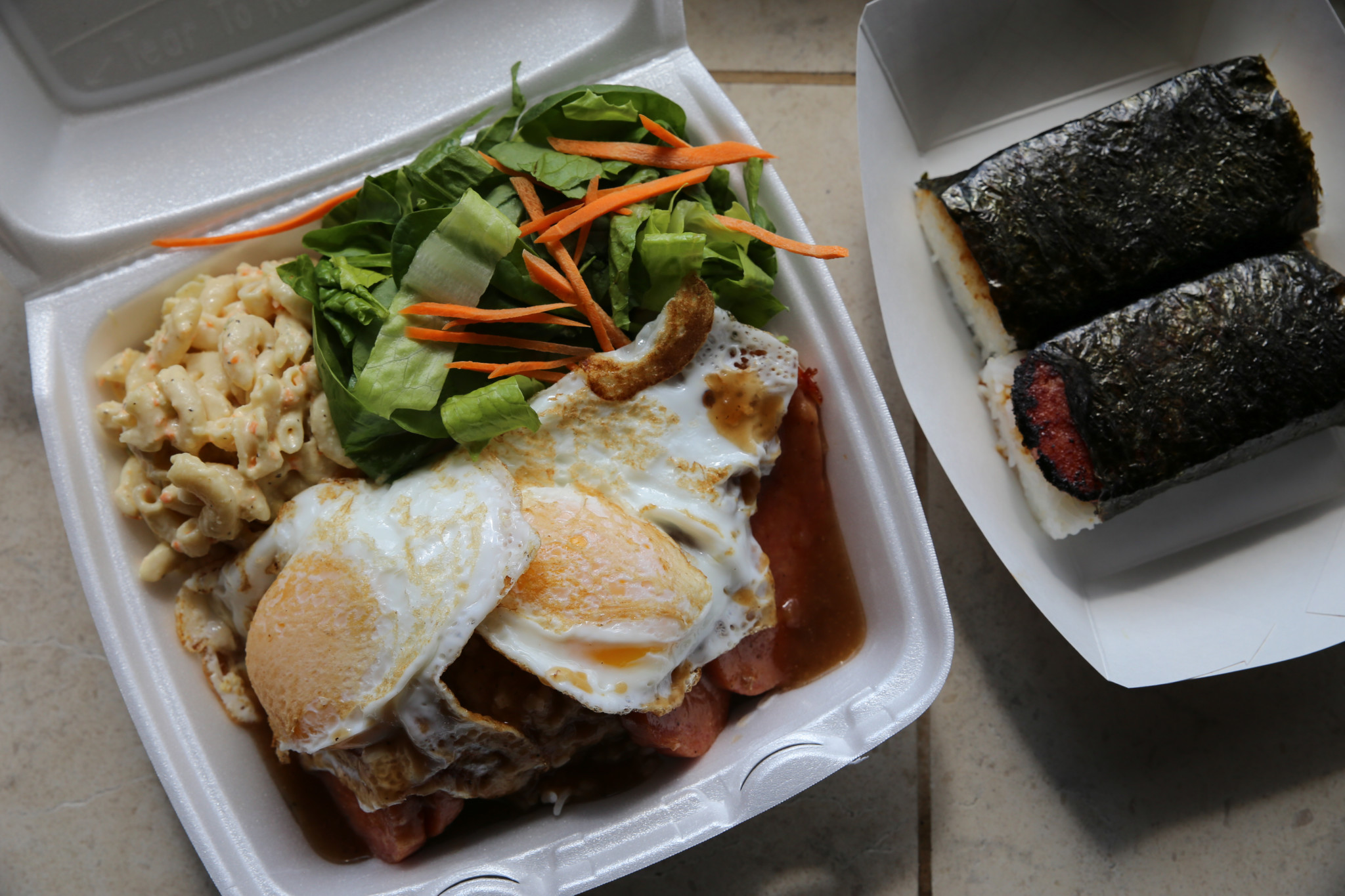 Little Italy has been disappearing almost as long as it’s been around, at least since Studs Terkel interviewed Florence Scala about UIC’s encroachment on the neighborhood for the first chapter of 1967’s Division Street. But as the Italian neighborhood itself has vanished, its most storied institutions have responded by getting more and more intensely Italian as the years go on. Tufano’s Vernon Park Tap, one of the area’s longest-running restaurants, is the ne plus ultra in this respect: lots of restaurants claim to be “family” establishments, but this one really feels that way. On a weekend night the place is bustling and boisterous, families of eight ambling in and out and waiters rushing across the room as if on guided rails. The day’s specials are scrawled in chalk on a wall in the main room, but the more the menu changes, the more it stays the same: the best things are and will always be the lemon chicken, the red-sauce-doused eggplant parmesan, and the monstrous stuffed shells. There are no checkered tablecloths, at least not on this reporter’s last visit, but there may as well have been. (Jake Bittle)

The Slide Bar has the hangover cure to best all hangover cures. It is a slider-topped Bloody Mary, and yes, it is exactly as it sounds, a Bloody Mary with a slider on top. The bar also offers a normal Bloody Mary. But why would you settle when an extra $3 will slap a slider on top? That’s a whole meal for $11. All your vitamins and nutrients. Also, some vodka.

In the interest of full disclosure, I have not actually drank a Slide Bar Bloody, which is how they are listed on the menu, or the Bloody Slide, as I prefer to call it in my head. In part this is because I have been unable to fit in a visit to the bar between Sunday work shifts, and the bartenders do not have the necessary components on other days of the week, when I’ve come in. But this is also in part because I fear what life looks like on the other side of a Bloody Slide. My nightmare, in short: I am unable to think about anything else on Sunday afternoons. At the bar where I work, I can no longer bear to serve regular bloody marys to our faithful customers. I start bringing in White Castle sliders to serve atop our ordinary schmordinary Bloody Marys. It falls far short of the Bloody Slide, and then to add insult to injury we are shut down by the health department. A total disaster.

I have not had the Slide Bar Bloody, but I can vouch for it based on other evidence I have collected. On multiple occasions I have ordered the Slide Bar’s burger, a fine burger with a just-right sized patty cradled by soft, slightly sweet baked buns. Their drinks are reliably good and strong, and will not break the bank. It is my most educated guess that the Slide Bar Bloody is as good as, and possibly even better than, it sounds. (Emeline Posner)