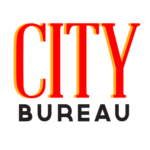 This report was produced in collaboration with City Bureau, a Chicago-based journalism lab. It is part of a series of “Explainers” that provide background on important topics relating to policing and criminal justice in Chicago. The full series is available here.

The Chicago Alternative Police Strategy (CAPS) began in the 1990s and was widely viewed as a success in healing police-community relations. However, in the early 2000s, the program began to crumble because of a lack of resources as leaders in the police department turned their focus away from community policing. With police misconduct cases and the high-profile police killing of Laquan McDonald, trust between police and communities is low, and the mayor’s office has admitted a need to improve this relationship.

In a 180-plus-page report released in April, the mayor’s Police Accountability Task Force addressed issues facing the Chicago Police Department and its broken relationship with communities of color. The task force found “substantial evidence that people of color—particularly African Americans—have had disproportionately negative experience with the police over an extended period of time.”

Some police officials have suggested that a revitalized CAPS program will be at the forefront of mending broken police-community relations in the wake of the Task Force report.

What is restorative justice?

A restorative model of justice stands in contrast with a punitive model of justice. Whereas the punitive framework seeks to answer three things (what rule was broken? who did it? and what punishment is deserved?), restorative justice seeks to resolve the conflict with dialogue and community engagement. The offender meets with the victim and members of the community in what is deemed a safe space.

Hope Lassen is the training coordinator and former manager of the Restorative Justice program at Alternatives Inc., a Chicago-based youth development group. She uses the analogy of an iceberg to explain restorative justice: when a person commits a crime or offense, others might just look above the surface and condemn them without getting down to the root cause. “Underneath [the action] are deep-seated traumas, violence in the neighborhood, poverty, disengaged parents,” says Lassen. “What restorative justice is looking for are those root causes, and searching underneath the surface of the iceberg.”

What are peace circles?

The peace circle activity is a cornerstone of the restorative justice model. Peace circles are designated areas where people are able to speak about their conflicts openly with a moderator present. Victims can speak up against those who they believe have wronged them, and those who have wronged others are encouraged to take responsibility for their actions in front of their peers. Peace circles often feature a rug or scarf on the floor, with a plant at the center of the circle. The idea is to create a safe environment that is soothing and relaxing, so as to better facilitate openness and honesty.

No Vacancy? CHA may have empty units. Why can’t supply meet demand?

How Chicago Cares has adapted their outreach strategy during the pandemic

The Only Constant Is Change: The rifts and connections that bind South Shore together

Power and Healing in the Face of COVID-19: ADOS- and Black-led organizations discuss how they’re lifting up their communities

As calls to remove police from schools continue, CPS chooses to keep the school-to-prison pipeline intact
By Dimitriy Leksanov
Simon Balto’s history of police in Black Chicago shows why CPD can’t be reformed
By Bobby Vanecko
Now is the time to fully fund social services in the name of public safety
By Jackie Rosa
Q&A with Shapearl Wells, mother of the murdered Courtney Copeland and cohost of a new podcast exploring racial disparities and distrust of the Chicago Police Department, and Invisible Institute journalist Alison Flowers
By Amy Qin
A document of escalating conflict in downtown Chicago
By Martha Bayne and Jason Schumer
Go to Top