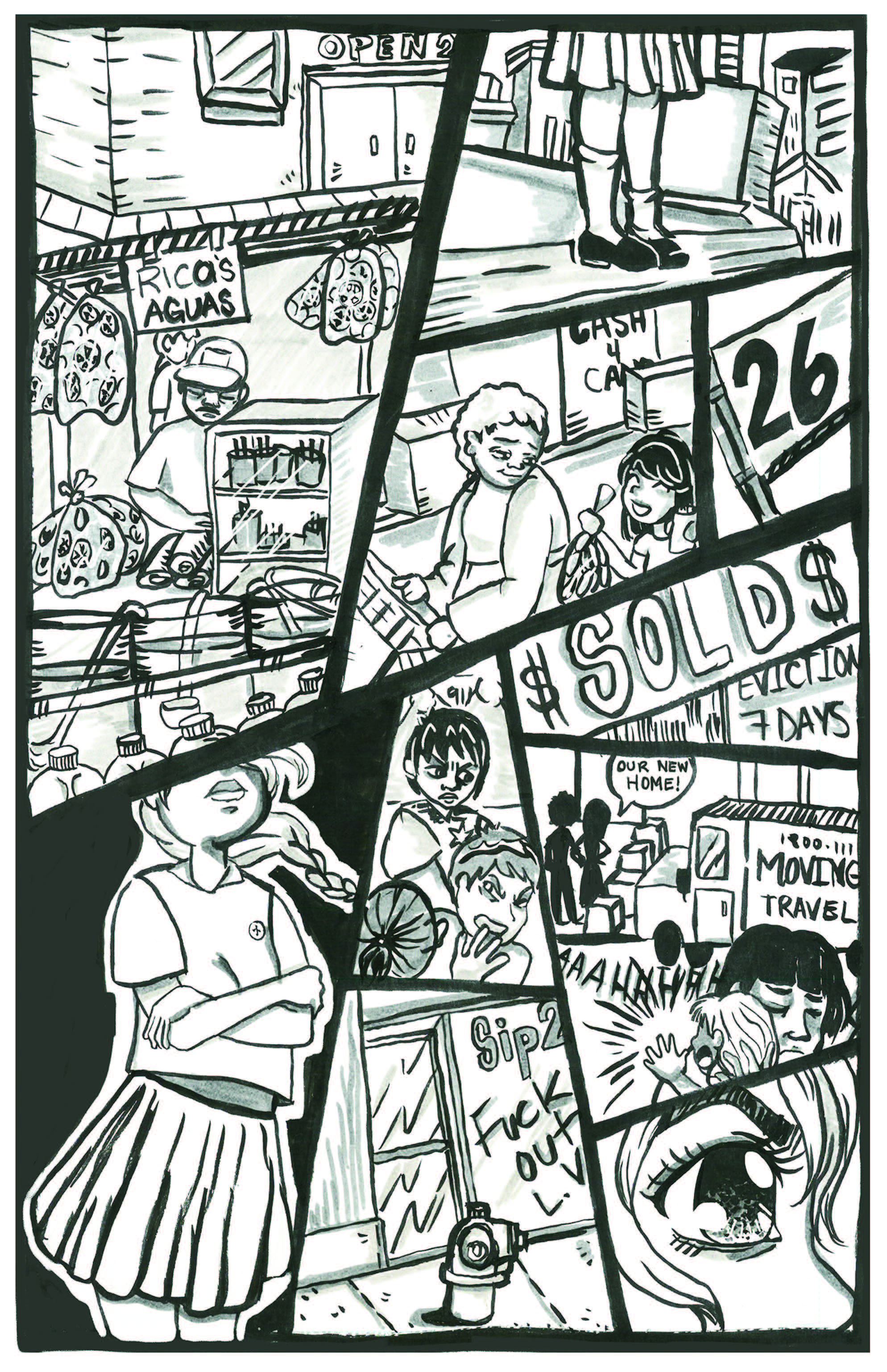 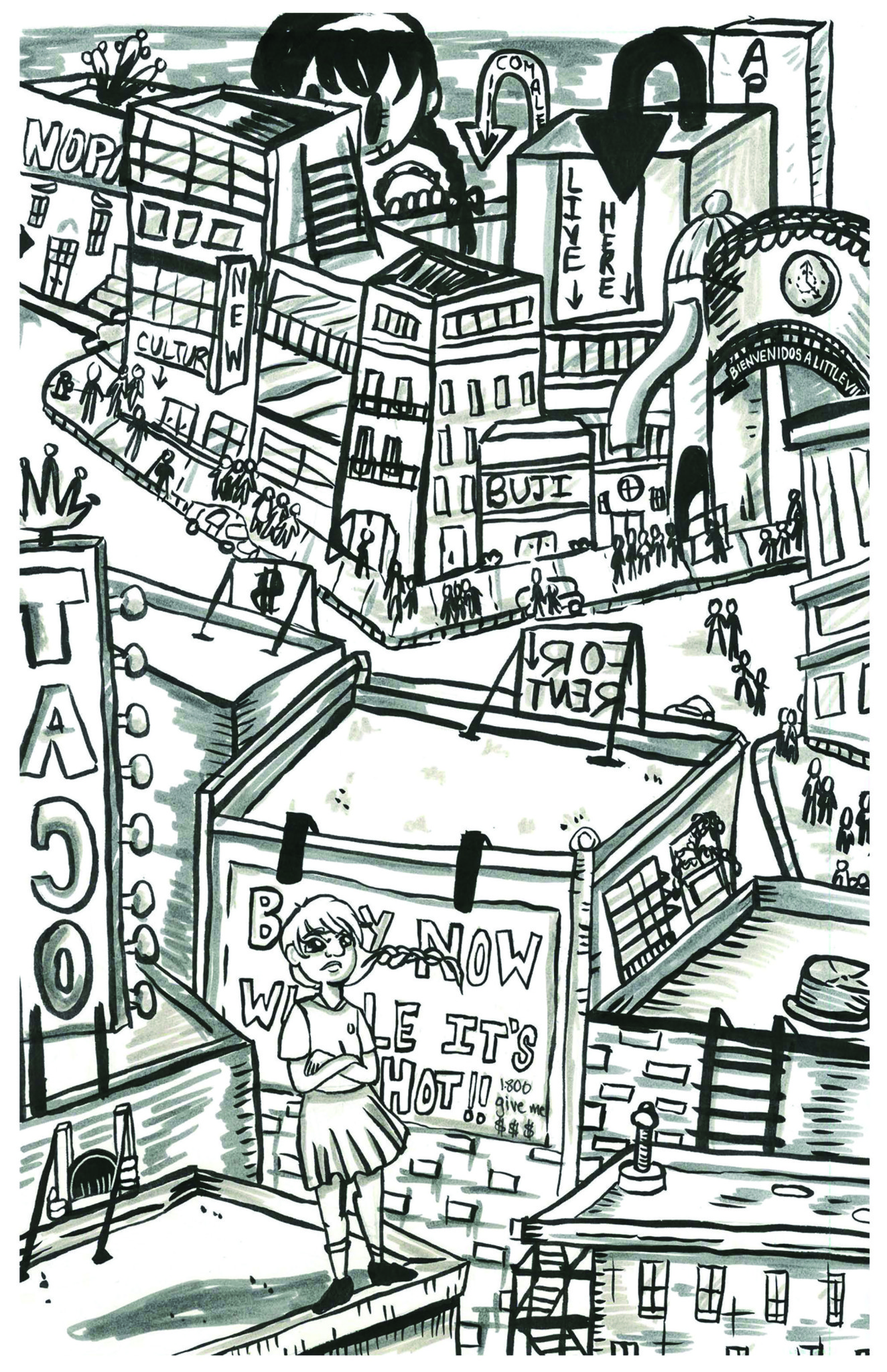 Born and raised in Little Village, CLAW grew up drawing in front of a tube T.V, trying to mimic the styles of the animated shows like, Sailor Moon, My Neighbor Totoro, Power Puff Girls, Dragon Ball Z and more.  Claw had this idea that every drawing she made had to be perfect in order to be a great artist. As Claw expanded on her own style and technique, it was clear that her style was not meant to be seen as perfect but impactful by not only creating illustrations but using story telling as a way to engage her audience. Claw studied animation and used those skills to help tell stories, ranging from funny short comics to thought provoking projects.  This current project was a challenge because she had to channel unsettling feelings of the current challenges the community and hopes to only continue the conversation and make aware of one of many struggles we are having in preserving the culture and community created in Little Village.

Community oversight of the police

As the City Reopens, Mental Health Clinics Keep Services at a Distance

“SLAYSIAN,” an Art Show at Home

An Asian American exhibition adapts to the pandemic era

By South Side Weekly
By Sunshine Gao
By Maggie O'Brien
By Adelaido Olea
By Erisa Apantaku, Olivia Obineme and Ellen Hao
Go to Top