The COVID-19 pandemic put many of Chicago’s signature events on hiatus. No cookouts, no family reunions, and no Silver Room Block Party during that time. This past weekend, however, the Block Party returned with new additions and a brand-new location by the beach.

After two years, The Silver Room Block Party returned—this time at Oakwood Beach—extending to two days instead of one, and with tickets starting at $50. The reactions to these new changes were mixed, but when the weekend rolled around, the change was welcomed with open arms. The new location offered more space and opportunity for people to spread out and be comfortable: organizers allowed attendees to bring picnic blankets and lawn chairs, which made the beach look like a large cookout with art activations, multiple stages, and wellness activities.

Though it started seventeen years ago in Wicker Park, The Silver Room Block Party moved to 53rd Street in 2015 as a one-day festival. The event attracted over 40,000 people across the city in 2018, with some attendees flying or driving in to attend, according to event organizer (and owner of Hyde Park’s Silver Room store) Eric Williams.

“Luckily, everyone missed the Block Party… so we just reached into our community and had people do some local marketing [and digital marketing] to get the word out,” said Angie Estrella, the digital content manager for The Silver Room.

These efforts paid off because over the course of the two-day festival, it was packed with attendees of all ages and high-energy musical acts, reminiscent of other festivals such as Taste of Chicago, The Chosen Few, and even Hyde Park Brew Fest.

Loona Dae, Mother Nature, DJ Ca$h Era, Tamarie T & Thee Elektra Company were just a few of the acts that blazed the four stages set up on the beach—and their energy did not disappoint. The crowd matched the energy of the performers. Everywhere you looked, there were crowds of people dancing, singing, smiling, and truly enjoying themselves.

“[Performing] was fun. The sound system was definitely booming, and I look forward to doing it again. I’ve known about the Block Party for years, and they’ve been telling me, ‘Hey man, we’re gonna get you on,’ and finally, this year it happened,” said Tamarie T, lead singer of Thee Elektra Kumpany.

The Silver Room Block Party also presented an opportunity for Black and Brown-owned businesses such as Sprinkle Dazzle Collective, One League Chicago, Englewood Branded and more to vend, network, and showcase their products. Reginald Jones, owner of Outliers Apparel and a previous attendee of the Block Party, said his experience as a vendor was more community-oriented and intimate than his previous vending experiences.

“I love the camaraderie between the vendors and the people just coming to have a good time. As someone who experienced the Block Party from the consumer side, it’s amazing to see them bring the same vibes and expand it to such a big space,” Jones said.

Jones said that moving to the beach wasn’t a big change, but others had different reactions to the pivot. Many took to social media to voice their concerns, where critiques ranged from the price point being too high for a once free event, to it being unnecessarily long to go from one day to two—to others saying that the vibes were just right.

“The spacing is beautiful. We’re not bunched up, and I feel safe,” said Candy Hampton, who has attended the Block Party since its early days in Hyde Park. “But where are the 53rd St. businesses?” she queried.

Despite the mixed feelings, The Silver Room Block Party is back together again—and here to stay. 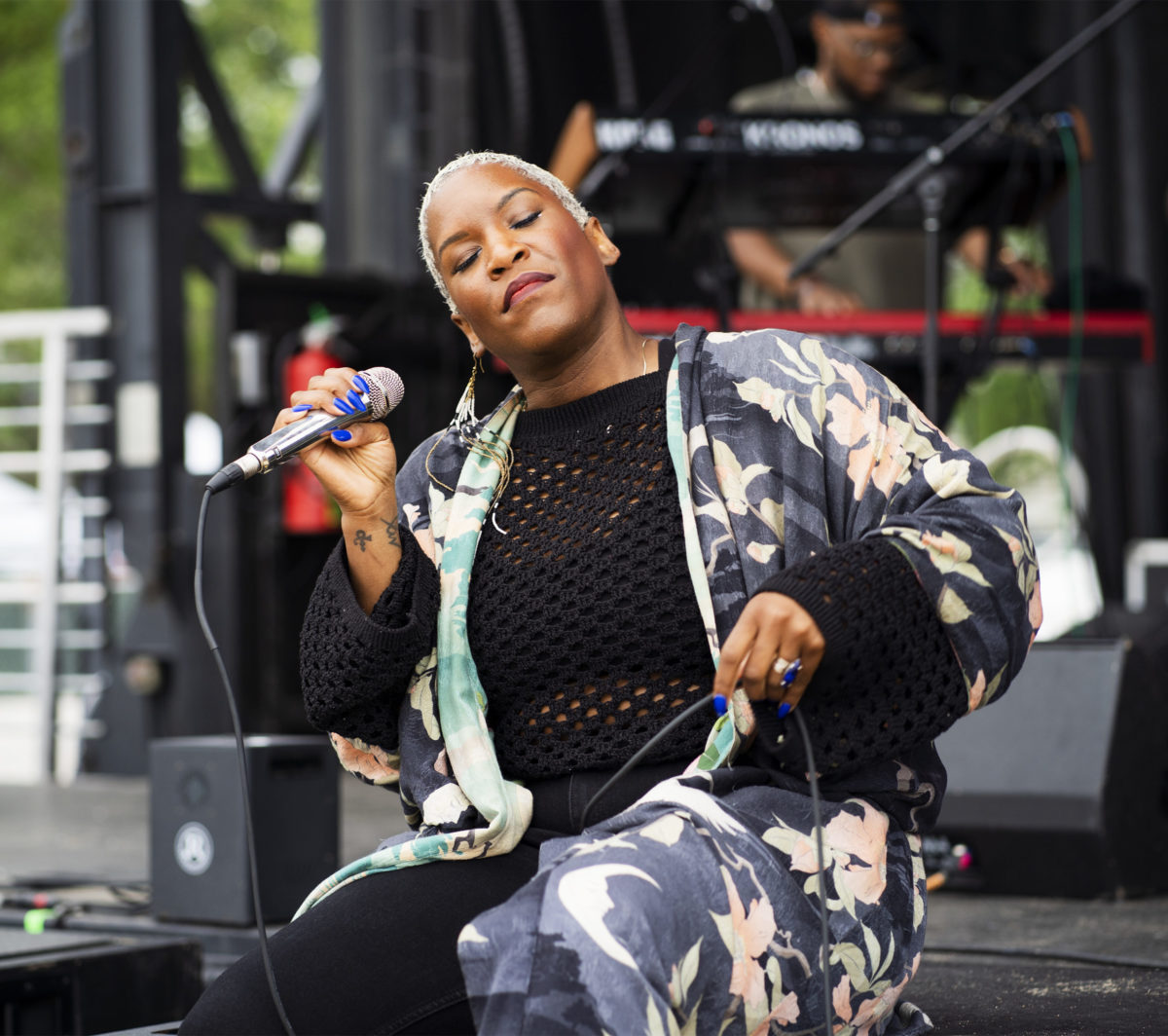 A recap of select open meetings at the local, county, and state level

The writer and multidisciplinary artist also known as Ho3micide, from the South Side

A recap of select open meetings at the local, county, and state level

The writer and multidisciplinary artist also known as Ho3micide, from the South Side

Chicago’s Youth Poet Laureate is an Out South Connoisseur (from the Hunnids, to be exact)

Use of force: a double standard