Parents, teachers, administrators, and students at the National Teachers Academy (NTA) celebrated a court’s decision in December that halted a Chicago Public Schools proposal to convert the elementary school into a high school. After months of protest, community meetings, and court proceedings, there was an unmistakable air of rejoicing as the NTA community gathered in the school’s cafeteria to bask in their victory.

“The year has been a roller coaster ride, up and down,” NTA Assistant Principal Teneka Brooks said. “Our parents, I say every single day that if it were not for them, we would not be sitting here today celebrating because they did it all.”

The battle began in May 2017, when CPS announced plans to convert the Level 1-plus school into a high school. The plan came as a shock to the community, members of which say they were not consulted or briefed on the decision before it was announced. As the parents and students of NTA began to coalesce in protest of the plan, CPS started to build the new elementary school that would house displaced NTA students.

“To watch them build the [new elementary] school…it hurt to see in their eyes that it didn’t matter how we felt, but that they were just gonna go ahead and do it anyway. They just looked at this campus and said, ‘Yup, this is it, and we’ll forget about them and send them over there,’” said Felicha Walker, an NTA parent and staff member.

Integrity is built into the curriculum at NTA, so it was only a matter of time until students came to the forefront of the fight to save their school. Students organized protests and spoke out against what they viewed as an attack on their right to an education.

“I’ve been here since kindergarten. [NTA] means the friendships and the staff that built relationships with me, they know me a lot, they know what my potential is, they know what I can work towards, they’re like my second family,” Kayla Perkins said. “NTA is like my second home. People always come back to NTA and say thank you so much for helping me. One day, I’ll be able to do that.”

Anika Matthews-Feldman, an NTA parent and a plaintiff in the case against CPS, felt like the school and its students were being attacked by CPS. She decided to be an active voice in this fight for her second grader and for other students of color around the city. “For me, it was kind of like drawing a line in the sand,” Anika said. “Any kid in Chicago should not have to hope that the only way a Black [or] brown child is safe in their school is if they’re in a majority white school. You wouldn’t be allowed an uninterrupted education. And that’s what we’re fighting for, an uninterrupted education. We have to fight it for those schools who aren’t given resources to begin with, who are majority Black and brown, who don’t get a chance to rise up because they are sabotaged. 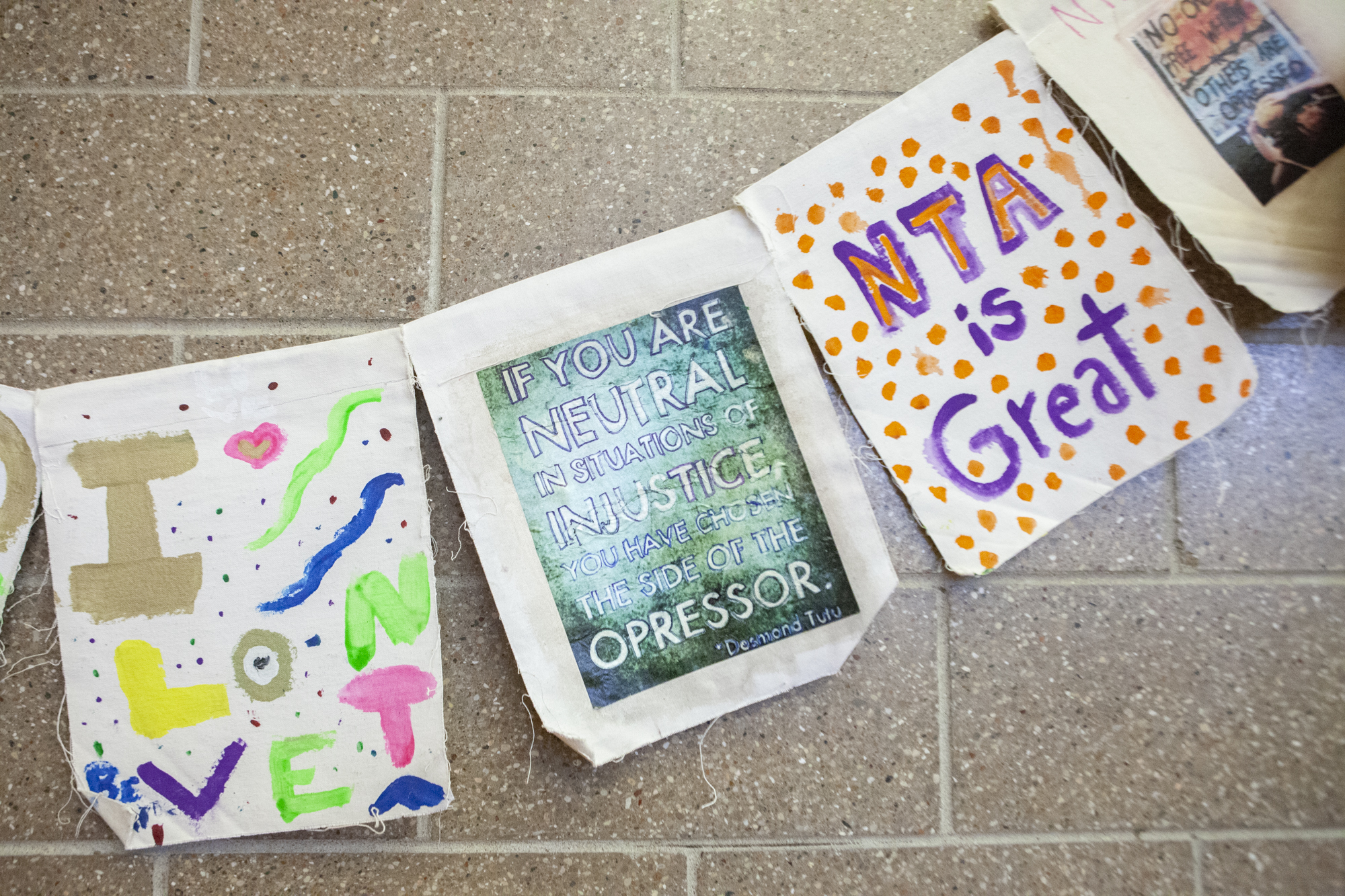 “I felt like [CPS] did not value this community to begin with, otherwise the plan would have come up [in community discussions]. They had no intention of ever listening to us, their mind was made up, it was a done deal. And everything else was so they could check off their boxes… But never once did they value anything that was being said. Because this is a unique school and they did not value it. …Our kids have never been celebrated and it does hurt. And the kids know it. They were very much aware of how they’re viewed and they were angry, rightly so. I think the children are healing, I think they’ll be allowed to heal over time.

Principal Isaac Castelaz voiced words of thanks to his community for fighting for the school. “This time now is meant for us to say thank you to one another, for my staff and I, to say thank you for everything that you did, for every time you took a stand. For days you went out in the cold and protested in front of Mayor Emanuel’s house or right in front of the school here…or wrote emails to CPS…these are the things that made a difference,” he said. “Because by ourselves we are one voice but together we are much more than that. We’re not just one person, we are a community, and we are a powerful community. So thank you for everything that you have done to keep us here.”

“I feel like I’ve been a part of history,” Kayla Perkins said. “Like I made history with my NTA family.”

Stacey Rupolo is a freelance photojournalist who documents social justice stories in Chicago. This is her first piece for the Weekly.