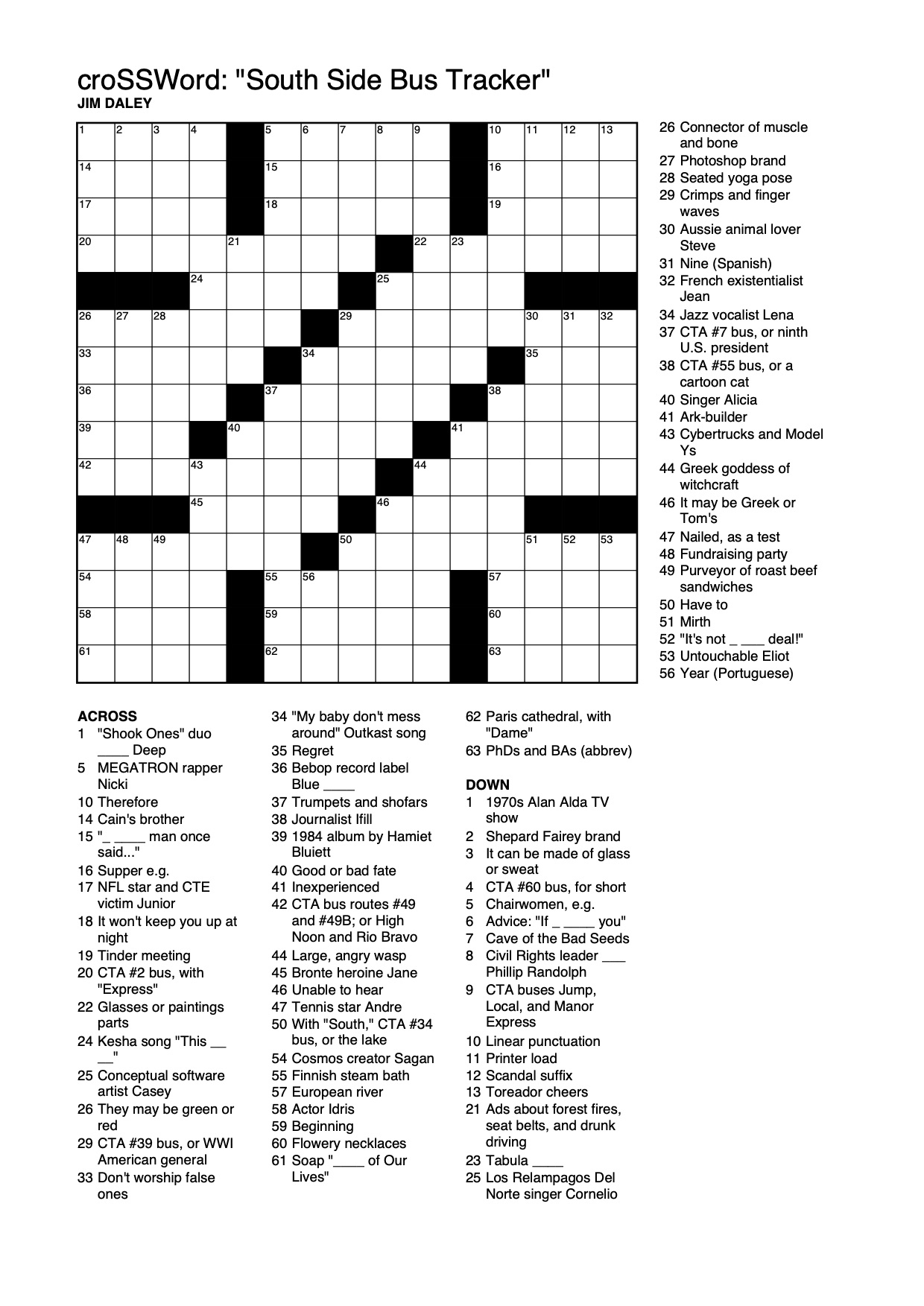 You can use this croSSWord .puz file with free Across Lite software for Windows and Mac operating systems. Both of these can be downloaded from the Across Lite download page. Here’s a New York Times FAQ about using Across Lite.

1) What classical limestone building at the corner of 63rd and Cottage Grove has been a site of hot debate between preservationists who want to save the facade and developers who argue that in a former life the building helped perpetuate racist housing practices and should be demolished?

2) What “company town” on the far South Side, designed in the 1880s by Solon Spencer Beman, is now preserved as a National Historic Monument?

3) What vacant Art Deco-inspired building at 40 E. Garfield Boulevard features elaborate terra cotta detailing and is slated to be rehabbed and turned into a data center?

5) The landmark First Church of Deliverance, at 4315 S. Wabash, is an example of what rare-to-Chicago architectural style?

6) What German transplant to Chicago designed both the playful Thompson Center and the austere black Lakeside Center at McCormick Place?

8) What landmark Bronzeville church, designed as a synagogue by Louis Sullivan and Dankmar Adler,  is widely credited as “the birthplace of Gospel”?

9) The Mediterranean Revival South Shore Cultural Center at 71st and S. South Shore Drive was originally built for what function?

10) What contemporary star of Chicago architecture designed the Eleanor Boathouse for Bridgeport’s Park 571?