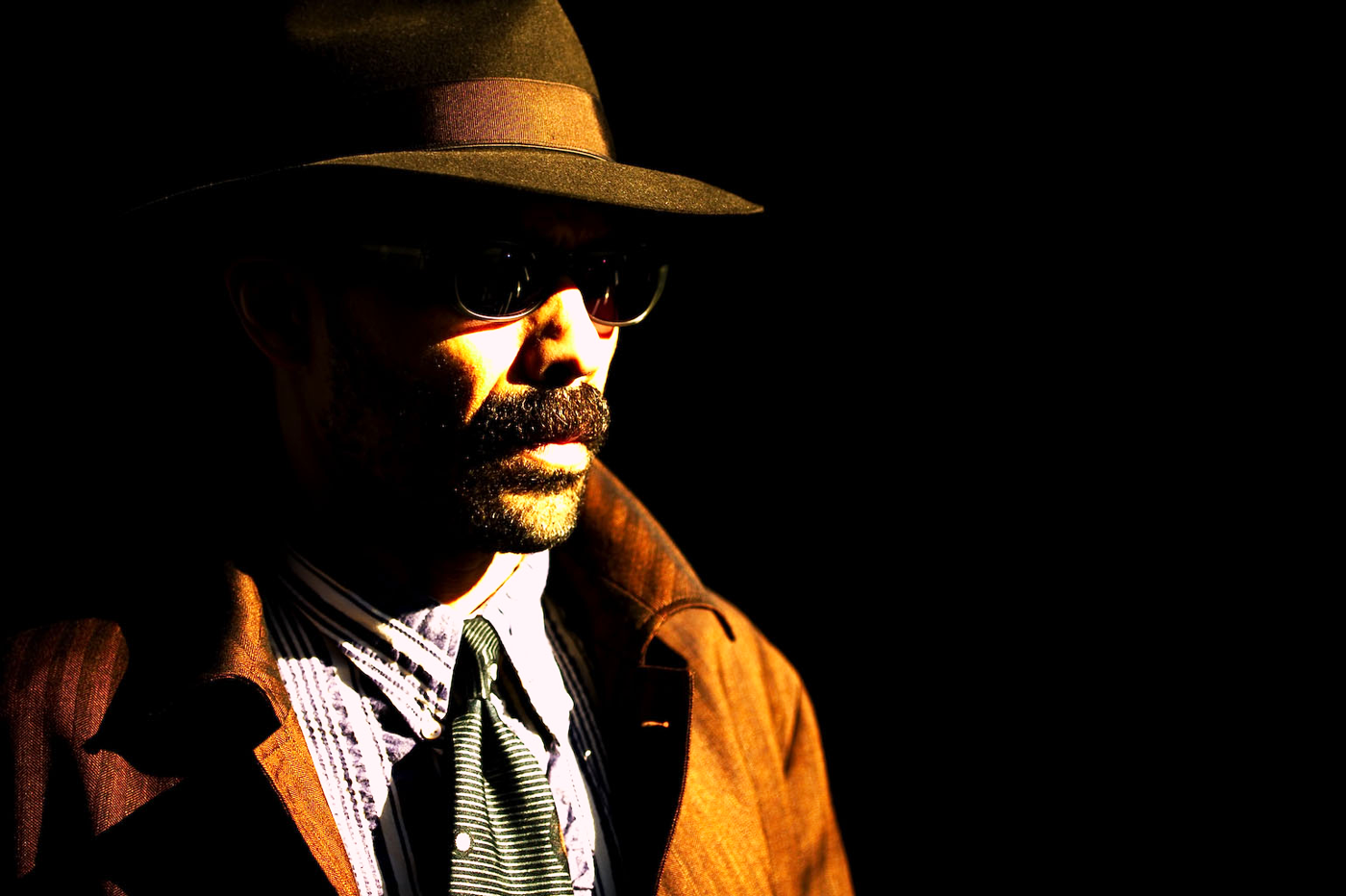 At sixty years old, Kahil El’Zabar is one of Chicago’s most decorated jazz percussionists and composers. He’s also one of the most underexposed. Throughout his career he’s had many struggles, both professionally and in his personal life, that have kept him on the fringe of achieving widespread recognition. He doesn’t shy away from this reality. Kahil’s first line in “Be Known,” a new documentary by fellow South Sider and filmmaker Dwayne Johnson-Cochran—which is now playing in preview screenings at the Gene Siskel Center—reveals both the purpose of the film and its central question. Kahil, half-lit, with a two-day stubble, explains with a subtle pride: “I have chosen to be in an area of art and entertainment that is not popular to the masses.”

Coupled with the film’s title, Kahil’s words are a direct and transparent demand on the world at large. After years of work, he is ready to be forthright and say he wants the attention he feels he deserves. However, following Kahil through all the ups and downs of a six-week U.S. tour, the filmmaker Dwayne Johnson-Cochran uses the film for more than just profiling his talented friend. Considering Kahil’s thirty-plus years of experience touring around the world, countless albums, and his collaboration with some of jazz’s finest musicians, Dwayne also explores the question of why Kahil hasn’t enjoyed the popularity he deserves, all the while attempting to create an accurate portrait of the musician’s enigmatic personality.

Kahil was raised on Chicago’s South Side and has been working as a percussionist since he was sixteen. In addition to collaborating with artists such as Dizzy Gillespie, Nina Simone and Stevie Wonder, among others, he is also part of two groups of his own making: The Ritual Trio and The Ethnic Heritage Ensemble. He has recorded and released over fifty albums and was recognized as “Chicagoan of the Year” in 2004 by the Chicago Tribune. His style and presence are unique. As he is portrayed in the film, Kahil avoids all traditional percussionist personas. His shows involve intricate improvisation that moves somewhere between poetry, African and Caribbean heritage beats, and sometimes even electronic influences.

In one particularly memorable scene in the film, Kahil closes his eyes during a long drum solo on the large African Earth drum, with which he is uniquely talented. Entranced and shaking his head, surrounded by a rapt audience, he yells out intermittently in a shrill and violent pitch unlike any noise one’s accustomed to hearing from a musician, a scream that seems more akin to an exorcism than a musical performance. Seeing Kahil live on stage through the documentary has an intoxicating effect that invites you into the soulful and impassioned world in which he seems to lose himself with every performance. Early on in the film Kahil says that he’s never used alcohol, drugs or marijuana in his life—and it isn’t hard to believe him. His performances are so involved and entrancing, any other intoxication would be pointless.

The real achievement of Dwayne Johnson-Cochran’s film is the raw portrait that it offers of Kahil, which serves to illuminate the importance of his performances and his music. “Be Known” is not afraid to reveal Kahil in a way that shows him almost uncomfortably uncut. We see a dark side to Kahil, whose constant womanizing and seduction is juxtaposed with the central bout he faces in the film. During the shooting of the documentary, Kahil was involved in a child custody feud that eventually, if briefly, sent him to jail. Though we see the love and appreciation he has for his six other children, there’s something uncomfortable about listening to Kahil and people who are close to him describe the situation from their perspectives, undermining and patronizing the unnamed woman who is pressing charges against him, without getting the other side of the story.

An undeniable flaw of the film is the fact that we are never offered an opposing voice to counter Kahil. On top of these struggles are the standard highs and lows of constant touring, with frustrations and friendships between members, and gigs that range from depressingly empty to sold-out events with captivated audiences. Dwayne’s camera captures all. The “fly-on-the-wall” aesthetic allows the audience to appreciate Kahil for the complex character he is and understand his music beyond these issues. His performances take on a new light as we see his struggles and understand his frustrations.

Even considering all the flaws and frustrations in the tour and in Kahil’s life, by the end of the film his artistic power is understood beyond (or in spite of) them. Despite pursuing a difficult career path—establishing himself as a front-man jazz percussionist in a world that favors horn players, singers, or guitarists as band leaders—despite the troubles he has faced in his personal life, and despite the fact that, even with years of well received work, he still doesn’t own a house and is unable to purchase a car, he perseveres with his artwork. He says in the film, “Did I succeed or did I fail? I got an ‘S…’ an ‘S’ for survival.”

In the second-to-last scene of “Be Known,” Kahil shows some of his paintings and talks about the respite they offer him. “Thank God for art,” he says finally, before the film cuts to a final performance. Watching him behind the drum, at the peak of his artistic maturity, it’s easy to forget about all of Kahil’s problems and be left with only one thought: Kahil El’Zabar is an artist that deserves recognition.

Discombobulated and Dark, Angry Blackmen Are on the Rise

The hip-hop duo sits down to discuss their latest projects, joining Deathbomb Arc, and their course moving forward

The Crossover Artist: South Side Hip-Hop from D2x

City Council has the opportunity to approve the Anjanette Young Ordinance, which would ban no-knock warrants. Does it go far enough?

Is the progressive movement in Chicago seeing a divide?

CPS unceremoniously lays off 443 educators, including those in the arts, dual language, and special education departments

Discombobulated and Dark, Angry Blackmen Are on the Rise

The hip-hop duo sits down to discuss their latest projects, joining Deathbomb Arc, and their course moving forward

The Crossover Artist: South Side Hip-Hop from D2x

In a year marked by pandemic and political activism, Hyde Park’s Blvck Svm persevered and leveled up.