The creators of Midway Documentary, Ryan Brockmeier and Chad Sorenson, believe that behind the success of big names in Chicago hip-hop are many unheard stories of artists who built the genre.

“The stories we’re uncovering are the links in everything,” said Sorenson. “It shows you how if just one person doesn’t show up to this one spot, that chain of events doesn’t happen and Kanye West may still be working at the Gap.”

The Legendary Traxster is one such artist who had an undeniable impact. He is largely credited for creating a new cadence in which a rapper’s flow rides with the rhythm of the hi-hat instead of the downbeat. And Shabba Doo, a dancer born and raised in Cabrini-Green, became famous with The Lockers, a Los Angeles dance group, and later starred in the 1984 indie film Breakin’, one of the earliest and most influential hip-hop movies.

Brockmeier—the director, co-writer, and producer—began outlining the documentary and archival project in December 2013. Sorenson, a Chicago DJ known as DJ Risky Bizness, was the first person Brockmeier called, and he is now the lead researcher and producer. The core team also includes Kevin Beacham and Rahsaan “DJ Sean Doe” Hawkins.

In July, the project partnered with Columbia College and its Center for Black Music Research to further develop its hip-hop archive. The archive will cover the early dance and graffiti scenes from the 1970s, the drill scene and the rise of independent rappers, and all of the stories in between.

Major labels were not seeking out people from Chicago to sign, according to Sorenson. “If you start giving a market its own infrastructure and room,” he said, “they’re no longer going to buy New York records or LA records.” This, Sorenson explained, was in large part why Common and other Chicago giants had to leave the city to find a career.

“We have testimony from many artists who were signed by majors…who were told that they had to change their style to fit the New York audience,” said Sorenson. “How disheartening is that?”

For Brockmeier and Sorenson, two Chicago locals, the city’s hip-hop community encompasses more than just the music and the culture that both surrounds and sustains it—it is also a profound representation of the strength of the community itself. The survival and triumph of hip-hop in Chicago, a city that has historically been segregated by race, ethnicity, gang affiliations, and socioeconomic status, have been a testimony to hip-hop’s ability to unite different groups within the same genre. 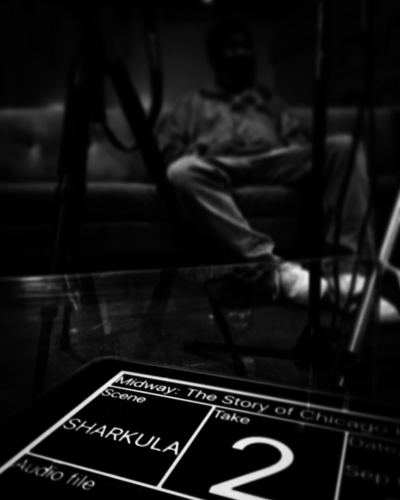 “In a city that was literally designed to divide, here comes the subculture that breaks down and defeats all those barriers,” Sorenson said. “You’ve got kids coming from one neighborhood…to other parts of the city to commune and start a hip-hop community with like-minded individuals from other parts. And some of those kids might be in rival gangs. Being Chicago hip-hop doesn’t mean what race you are or what neighborhood you come from—which is very important to this city.”

While people like Chance the Rapper and the success of his Magnificent Coloring Day, a day-long music festival that sold out U.S. Cellular Field, have recently brought Chicago some well-earned praise, mainstream media portrayals of both Chicago and its hip-hop culture have often been less than flattering.

Recently, the coverage of Chicago’s hip-hop has largely focused on the violence often associated with the drill rap scene. Two years ago, Vice’s music channel Noisey released an eight-part documentary, Welcome to Chiraq. According to Noisey’s website, the documentary focuses on “Englewood, one of the most dangerous neighborhoods in the city of Chicago” and the drill artists on the South Side. According to prominent Chicago music critic Jim DeRogatis, the documentary was made by “voyeuristic cultural tourists [who] parachuted into Chicago” and offered “little real insight into the cause of these problems.”

Subsequent examinations of hip-hop in Chicago—like Spike Lee’s 2015 film Chi-Raq, which also uses Englewood as its backdrop—are no exception to the trend of exploiting the violence in Chicago and using it to demonize entire neighborhoods and the people living inside them.

“The media needs a narrative, so they will focus on the negative things,” said Sorenson. “The Englewood area is a perfect scapegoat for them to blame America’s problems on. But people don’t understand that the vast majority of Englewood is normal, blue-collar, working everyday people.”

“When we were growing up,” Sorenson continued, “if you were around some people doing hip-hop music, you were probably in a safe place. Those kids weren’t looking to do anything but hip-hop and have a good time. And the majority of kids got into Chicago hip-hop to save their own lives.”

For both Brockmeier and Sorenson, the rise of Chicago’s early talents are thanks to the city’s “independent hustle” and “blue-collar mentality,” and an ability to find success despite the city’s lack of major-label attention.

One example is E.C. Illa, a legendary white rapper from Chicago and one of Eminem’s earliest influencers, who self-produced and shot a music video for about $1,000 that eventually landed on national music outlets like BET’s Rap City and The Box. The same strain of uncompromising independence can be seen in the younger generation of Chicago artists, such as those, including Vic Mensa and Chance the Rapper, affiliated with the independent Savemoney crew. While these young artists are open fans of their predecessors, Brockmeier and Sorenson hope that their documentary can help both artists and audiences learn more about their own history, and are proud of the work ethic and talent of younger generations of Chicago’s hip-hop artists.

Currently, the project is hosted on a website that features nearly two hundred individuals from the Chicago hip-hop scene. While this website also serves as promotional material for the film, Brockmeier hopes that their database will eventually be completely accessible to the public and “the front line if…people want to do research on Chicago hip-hop.” According to both creators, this archival project currently stands as “the most comprehensive archive and documentary of any given scene on the planet.”

According to Brockmeier and Sorenson, the entire project has been funded out of pocket for nearly three years. Sorenson, who is the owner of one of the largest music collections in Chicago, still faithfully searches eBay auctions to find rare records for the documentary. The project is also receiving donations of important historical Chicago hip-hop artifacts and hopes to present them at an exhibit near the release of the documentary, which is slated for November of 2017. Recently, the Ill State Assassins, a rap crew whose members (like E.C. Illa and The Legendary Traxster) were some of the most talented and famous artists from Chicago, donated an authentic, vintage, and highly coveted eighties Ill State varsity jacket to the project.

“At the end of the day,” Sorenson said, “We have nothing but the best intentions to show everyone in Chicago in the best light. We’re not doing anything to show negative parts of the city—the national media can do that…When we interview people from Englewood, we try to talk to them about Englewood to change the narrative of the people and the community there. We want to show that you can be from our city, and do what you want. You can be from any neighborhood in this city and do whatever you want.”

The Chicago rapper and activist sits down with the Weekly

Hip-Hop’s Bizarre Ride to the South Side

A chronicle of rapped complaints about the Red Line