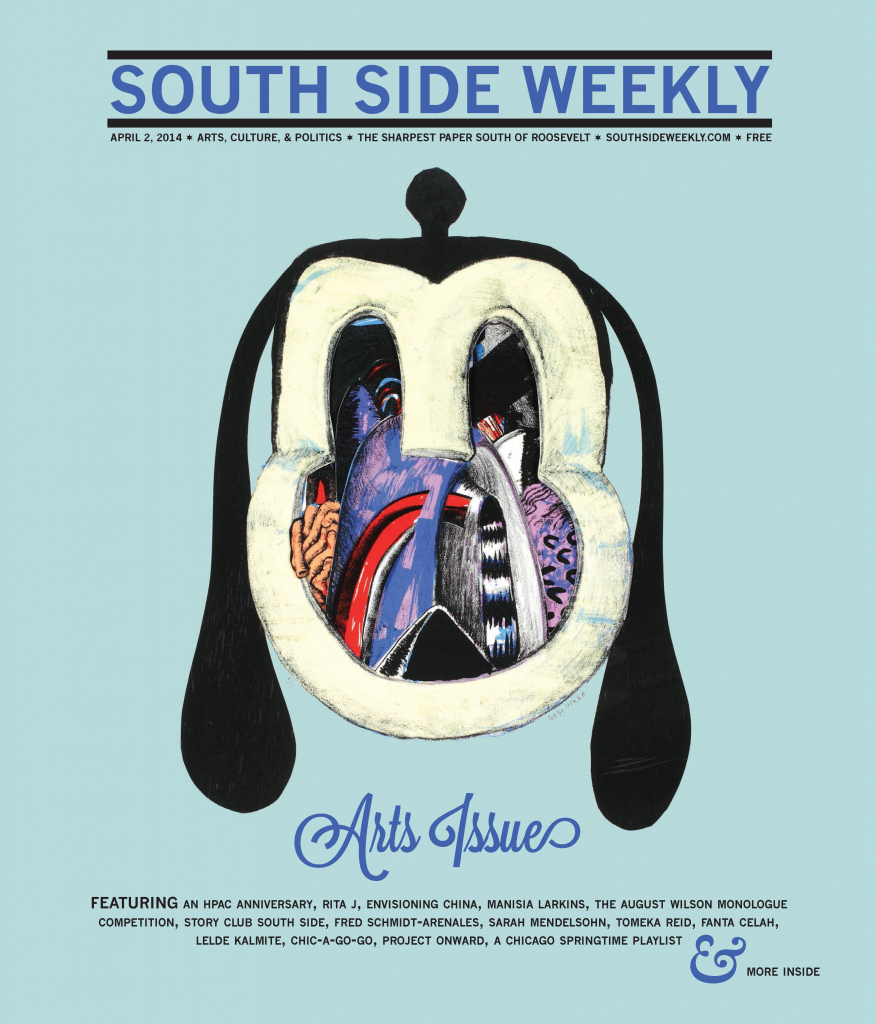 Mister Go-Go: The story of Jake Austen and “Chic-A-Go-Go,” the city’s most sincere cable TV show | By Zach Goldhammer
An HPAC Retrospective: The Hyde Park Art Center turns seventy-five | By Emily Holland
Rita J: Her Art, Her World: The MC on gender, the mainstream media, and her future in the music industry | By Kari Wei
A Point of Strength: Kenwood Academy students compete with August Wilson’s “Century Cycle” | By Bess Cohen
On the Record: A review of “DocRot,” from Manisia Larkins of Hyde Park Records | By Jack Nuelle
Classical Act: Tomeka Reid talks jazz, improvisation, and Washington Park | By Meaghan Murphy
Visions of the East: The University of Chicago celebrates China’s artistic traditions | By Sharon Lurye
Grief and Grace: “The Gospel of Lovingkindness” at Victory Gardens Theater | By Jack Bittle
South Side Stories: An interview with Andrew Marikis | By Sarah Claypoole
Picking Up the Pieces: A look into the Smart Museum’s acquisitions process | By Amelia Dmowska
The Springtime in Chicago Playlist: Locals pick the definitive sound of Chicago spring | Compiled by Zach Goldhammer
Lemonade Tea, Afternoon Conversations: A look at the Beverly Arts Center’s new executive director | By Cristina Ochoa
Saturated Salute: Cobalt Studio remembers its blue-collar roots | By Emma Collins
A Print Gallery: A foldable exhibit of South Side artists | Compiled by Bea Malsky
Spring Arts Guide: An extended calendar featuring our picks for this seasons visual arts, music, and theater. | Compiled by Katryce Lassle, Hannah Nyhart, Meaghan Murphy, and Zach Goldhammer

A recap of select open meetings at the local, county, and state level in the 3/4/21 issue.

The goal is to address the inequitable distribution of vaccines for the most vulnerable across the city.

Op-Ed: How Undocumented Chicagoans Are Ensuring a True Sanctuary City

Did you attend an anti-racism/police brutality protest in Chicago? We want to hear from you

Black Folks Can’t Get No Rest

What (Other) People Are Saying About Lightfoot’s 2021 Budget

Back to the Future

I WANT A GOD WHOSE HEAVEN IS GOLDEN

One Day I Want to Wake Up and See…

What’s up with the mail?